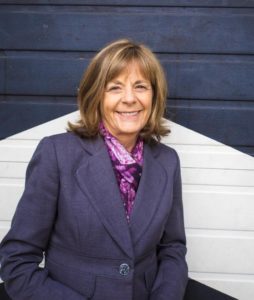 Wendy Hernandez,  Principal Attorney
As a long-time member of the Walla Walla Valley, Wendy was always interested in the immigration problems experienced by the agricultural working families who built the Valley. Then, while in law school, she had an opportunity to work as an intern for Columbia Legal Services, representing children in immigration proceedings. It seemed to be divine intervention, when she was asked to develop an Immigration Clinic at World Relief Spokane in 2004. As the only Legal Services Immigration Clinic in this part of the state, World Relief provided legal services for hundreds of people each year. Several law students were able to learn Immigration law under Wendy’s supervision. At World Relief, Wendy represented immigrants from around the world, many of them refugees from such places as the former Soviet countries, Africa, and Burma. She successfully represented a wide variety of immigration cases, including asylees, people in deportation proceedings, family petitioners, citizenship applicants, and victims of domestic violence. A satellite clinic in Walla Walla from 2005-2009 allowed Ms. Hernandez the opportunity to come “home” to practice immigration law on a part-time basis, representing the people who inspired her to learn Immigration law.  She is a member of American Immigration Lawyers Association (AILA) and Washington Bar Association (WBA) —
Prior to becoming a lawyer, Wendy was a registered nurse, and then earned Bachelor and Master degrees and was a Mental Health Counselor. She directed both the Student Health Center and the Counseling Center at Walla Walla College (now University) for several years. She then attended Gonzaga Law School, graduating cum laude in 2003.
Wendy’s husband Sergio is an educational consultant.  They enjoy spending their leisure time with their 2 children’s families, which include 4 grand-children.
This wide range of experience is very valuable in providing the expertise and ethical consideration that your immigration case deserves.  Wendy will listen to your concerns and work with you in order for you to successfully meet your goals. 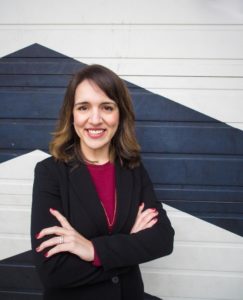 Bertha J. Clayton is an Associate Attorney at Hernandez Immigration Law. Bertha attended Washington State University in Pullman, WA graduating Summa Cum Laude in 2007 with a B.A. in Political Science, Pre-Law. Prior to going to law school at the University of Idaho College of Law in Moscow, Idaho, Bertha taught English as a Second Language (ESL) and Adult Basic Education (ABE) classes thru Walla Walla Community College at the Garrison Night School. She also volunteered as an ESL tutor at the farm labor homes in Walla Walla. In law school, Bertha was an honor roll student, and was appointed by the Associated Students of the University of Idaho (ASUI) to serve as the Student Defender defending students accused of violating the university’s student code of conduct. Her final year of law school, Bertha worked in the college’s law clinic representing low income clients in criminal, property and family law matters.

Bertha attended law school with the intent of ultimately practicing immigration law and is thrilled to be assisting immigration clients in the Walla Walla Valley. She was inspired to become an immigration attorney when she was nine years old and watched her mother, who was born in Mexico, proudly become a U.S. citizen. Bertha cares deeply about vulnerable people and about the issues undocumented people are experiencing. She is fluent in English and Spanish, and together with her legal background and government experience, brings a caring and compassionate approach to practicing immigration law. She and her husband, Scott, live in Walla Walla with their young family.

Lorena was born and raised in Walla Walla, WA. She graduated from Walla Walla High School and afterward attended Walla Walla Community College where she received her Associates degree in Executive Office Administration. Over the years she has worked in several reception/secretarial positions, which has allowed her to gain experience working with a diverse population. She joined Hernandez Immigration Law in June 2015. She is bilingual in English and Spanish and can assist with family consular cases requiring Waivers and NVC processing.  Email Lorena. 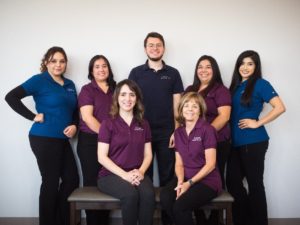 Whether you are calling to schedule a first appointment or checking on the status of your case, our team of receptionists and case managers are ready to help you. Each person speaks Spanish and English and is passionate about working with immigrants.